Up there with parking attendants and estate agents, insurance brokers are one of those professions that we love to hate. And it’s easy to see why.

Creating a new insurance policy is hardly inspiring. And the process is always coupled with the feeling that you’re paying hundreds of pounds with nothing to show for it. Even the much touted ‘peace of mind’ is elusive for many with the realisation that should the worst happen, you’ll need to enter battle with the insurance company to receive a payment. From the lengthy form-filling process to the annoyance of escalating premiums, there’s little wonder so many people are put off buying insurance at all.

But as I explore in my article on transparency in the insurance industry, several start-ups are introducing new models that promise to make insurance fairer and more transparent. One such start-up is Lemonade.

Even the product’s launch strategy sets it apart. Lemonade launched on Product Hunt – a website that lets users share and discover new products and was the first insurance company to feature on the site. 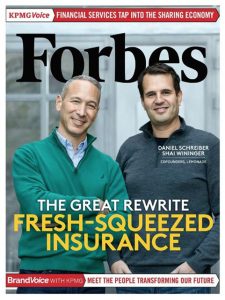 The key differentiator between Lemonade and traditional insurance companies is that it has nothing to gain by denying or delaying claims. While other insurance companies make a profit by keeping insurers’ premiums; Lemonade takes a fixed fee, meaning they can make the claims process quicker and easier for customers. 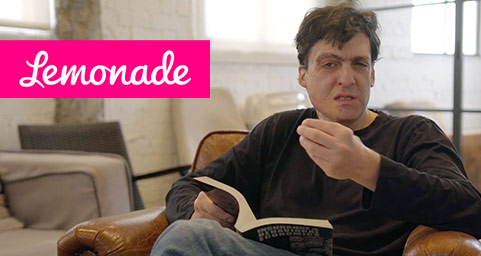 Crucially, any unclaimed premiums are given to charity via the company’s ‘Giveback’ scheme. When signing up, customers choose the charity they would like to donate to. They are then placed within a peer-to-peer ‘mini community’ of customers who have all chosen the same charity. Their premiums are paid into a joint pot and any money left over after any claims have been paid are given to the charity. Lemonade estimates that around 40 percent of premiums are given to good causes through the scheme. This means that Lemonade and its customers are working together rather than being in conflict with one another.

“Instead of fighting with our customers over the same coin, we join our customers in fighting for a common cause. That changes everything! It eliminates conflicts of interests, and creates a partnership between Lemonade, our customers, and their chosen non-profit.”

This transparent approach and charitable giving fosters a relationship of trust between Lemonade and its customers. Lemonade knows customers are unlikely to embellish claims as this would mean taking money away from their chosen charity.

To complement its transparent approach, Lemonade uses technology to make its processes simple and efficient. As the company’s co-founder Shai Wininger says: “Lemonade is a tech company doing insurance, not an insurer doing an app.”

As a result, the process appeals to young consumers who don’t want to spend hours filling in forms. 81 percent of Lemonade’s customers are aged between 25 and 44; and 87 percent have never bought insurance for their homes before.

Everything from buying insurance to making a claim can be completed via the app and Lemonade says it takes as little as 90 seconds to get insured and just three minutes to get paid.

Making a claim is also simple and uses technology to appeal to consumers. Rather than filling in forms, customers simply record a video testimonial on their phone via the app. The company was also the first insurer to process a claim from start-to-finish with no human interaction. In just a few minutes, a Lemonade customer submitted a claim using his mobile phone. Then with no paperwork or form-filling involved; the claims bot processed the claim, using a series of algorithms to review and check the claim before making the payment. Amazingly, approving and wiring the claim took the bot just three seconds.

81 percent of Lemonade’s customers are aged between 25 and 44, and 87 percent have never bought insurance for their homes before.

Look on Lemonade’s blog and you’ll find a series of articles called the ‘Transparency Chronicles’.

Through these, Lemonade details fascinating metrics and performance data – information that other companies would protect at all costs. Providing this information further cements Lemonade’s honest and open ethos, strengthening its appeal with younger consumers who want to buy from ethical companies.

And Lemonade is quickly capturing interest. In one week in January 2017, Lemonade insured 410 new homes and has enjoyed exponential growth of 300 per cent month-on-month in the months following its launch. Lemonade captures data on where customers are switching from and found that they are taking business away from US insurance giants such as the Allstate corporation, State Farm and Liberty Mutual.

As companies like Lemonade begin to bring a fairer and more transparent approach to the insurance industry, I think it’s only a matter of time before consumers demand that all insurance companies follow their lead by offering more socially-responsible and ethical insurance products.